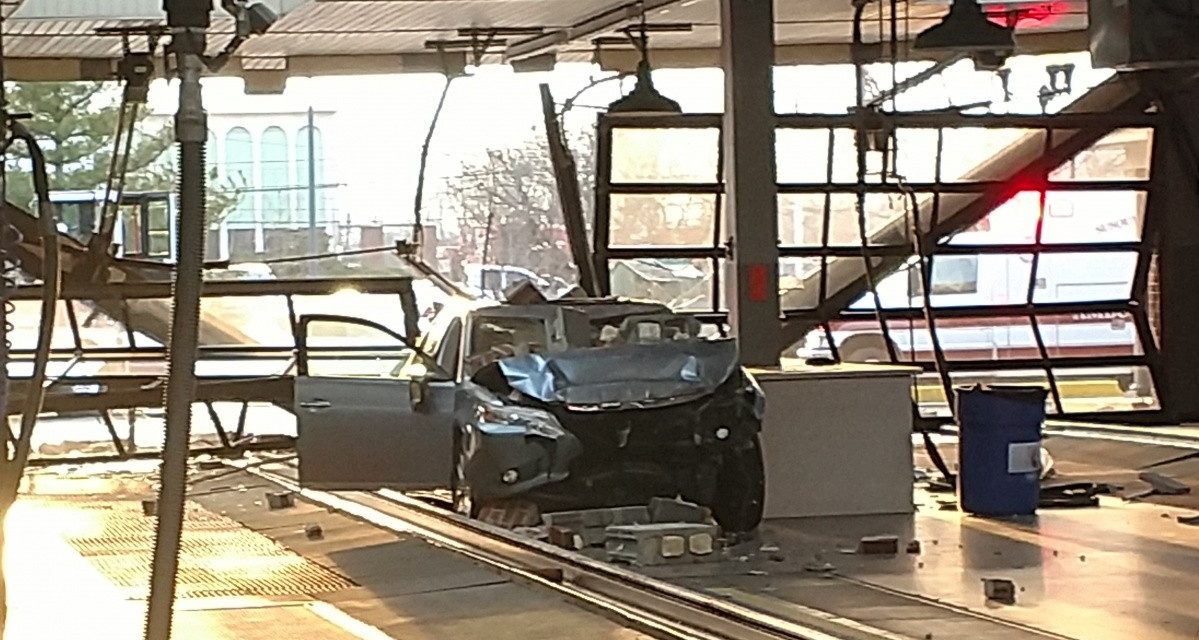 Police in Manheim Township say about 3:22PM, yesterday, Saturday December 8, 2018, a 50-year-old woman from Mountville, PA drove her 2011 Toyota Avalon to the Mister Hotshine at 1417 Manheim Pike in order to get it washed.  The car wash is divided into two parts – one section to clean the exterior of the vehicle, the second to clean the interior.  The two sections are separated by a traffic way, which measures approximately 100′.

After completing the exterior wash authorities say the woman put the vehicle from neutral and back into gear, lost control driving across the traffic way, and collided with the exterior of the adjacent building. Police say the force of the impact caused the vehicle to completely enter the building destroying a support column.

The driver was taken to an area hospital with non-life-threatening injuries.  No other persons were injured as a result of this incident.  The only damage sustained occurred to the Toyota Avalon and the building; no other vehicles were struck.

Police contacted Manheim Township Code Officials who will inspect the building. The accident remains under investigation.