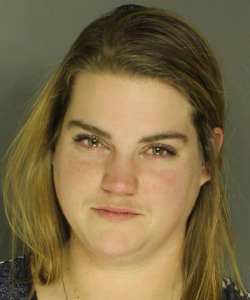 Police in Cumberland County say they’ve arrested a Dillsburg, PA woman for driving under the influence and drug charges.

Authorities say on December 8, 2018, at approximately 1:45 AM, Upper Allen Police conducted a traffic stop on a vehicle operated by 25 year old Courtney Lowery in the 200 block of Camp Ground Road. Police allege their investigation revealed that Lowery was driving under the influence of marijuana and was in possession of marijuana and drug paraphernalia. As a result of the allegations officers Lowery was  arrested and transported to the Cumberland County Prison for processing.

A preliminary hearing will be scheduled for a later date. Lowery pleaded guilty in 2017 to a traffic charge of driving the wrong way in Fleetword, Berks County as well as pleading guilty to careless driving in 2014 for careless driving, also in Upper Allen Township.