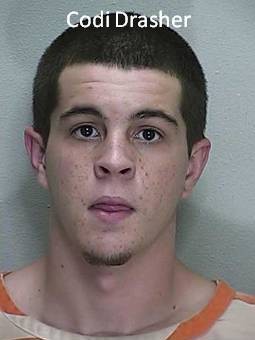 Authorities in West Pittston say they arrested a fugitive from Florida as they executed a search warrant.

On December 22, 2018, West Pittston Police along with Coal Township Police executed a search warrant on North Street in West Pittston in regards to an arrest warrant originating from Coal Township Police Department. Officers arrived and searched the home and took a Codi Ryan Drasher into custody for charges of Forgery, Identity Theft, Tampering with Records or Identification, and Access Device Fraud.

Drasher provided officers with multiple false identifications and was taken to the Pennsylvania State Police Wyoming Barracks for a LiveScan to confirm his identity. Drasher was positively identified and authorities learned  that he was wanted out of Florida for charges of Robbery Home Invasion with a deadly weapon and Aggravated Battery with a deadly weapon.

Drasher was transported to Northampton County to be arraigned on the Coal Township Police charges. A hearing for extradition hearing will be scheduled at a later date.