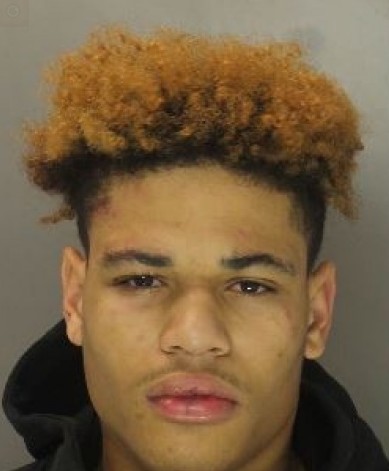 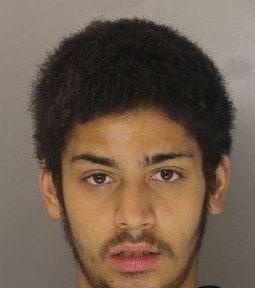 On December 9, 2018, at 4:27 am police in Harrisburg say they responded to the 1500 Blk of Berryhill Street for the report of a carjacking.  The victim stated that as he was getting in his vehicle, he was approached by a group of 6-7 young males.  The victim told officers one suspect struck  him on the side of the head and the others knocked him down and began kicking and punching him.  They suspects took his phone and drove off in his vehicle.

Authorities say they located the vehicle on Mayflower Street, just west of 17th Street.  The vehicle was occupied and it appeared that the driver was trying to park.  As the driver allegedly  tried to flee the scene he struck a garage on the 1500 block of Vernon St.  The two males in the vehicle then fled on foot and after  a brief foot pursuit evaded police.   Officers say they later came upon the two males walking south on the 300 block of S 17th Street and identified them as Trequan Howard-Shank and Christopher Ocana.

Officers  say they patted them down finding a BB-gun on his person on Howard-Shank.  Police say then pulled away and struck an officer with a closed fist and fled.  Officers say they were able to catch him while he continued to resist arrest by attempting to get out of officers’ physical grasp.  Authorities say was ultimately detained and the BB-gun and the victim’s cell phone were both found on the suspect.

Police say Ocana complied with Officers’ commands and was cooperative. A search incident to arrest found a black ski mask in his jacket pocket. The victim positively ID’d the two males as his assailants.

Christopher Ocana was charged with Robbery – Threat of Immediate Serious Bodily Injury, Robbery of a Motor Vehicle, and Accident Damage to Unattended Vehicle or Property. His bail was set at $20,000.