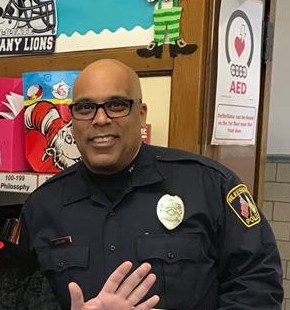 Collins, 53, of  Mountain Top, Luzerne County, was arrested for allegedly sexually assaulting four women while he was on duty, in uniform, and operating a marked or unmarked police vehicle.  In all four cases, authorities allege Collins threatened the women not to report the crimes.

“This case is reprehensible – the perpetrator is a public official, someone who the community entrusted to protect them,” Attorney General Josh Shapiro said. “My Office will prosecute sexual assault offenders to the fullest extent of the law, no matter who they are.  As Attorney General, I will not allow any person in power to abuse their position – without fear or favor.”

The Attorney General’s office said all four assaults allegedly occurred in the city of Wilkes-Barre between August 2013 and December 2014. In three cases, it’s alleged Collins searched the female victim after a vehicle stop or street encounter, finding small amounts of controlled substances and/or drug paraphernalia. Authorities further allege in each of these three cases, after the search Collins placed the woman in his police car and forced her to perform oral sex upon him by threatening arrest or other negative police action. Collins then released the women without any further investigation or contact. In the fourth case, Collins encountered a young woman walking, compelled her to get into his police car and locked the doors according Shapiro’s office said. Collins then allegedly sexually assaulted her by digitally penetrating her.

This case is being investigated by the Pennsylvania State Police, with the assistance of the FBI Scranton Office, and the Wilkes Barre City Police Department.  According to Wilkes-Barre Police Collins is on paid administrative leave.

Collins remains jailed in Luzerne County Prison unable to post $125,000 bond and faces a preliminary hearing in this matter on February 7, 2019 at 9:30AM before Magisterial District Judge David A. Barilla.