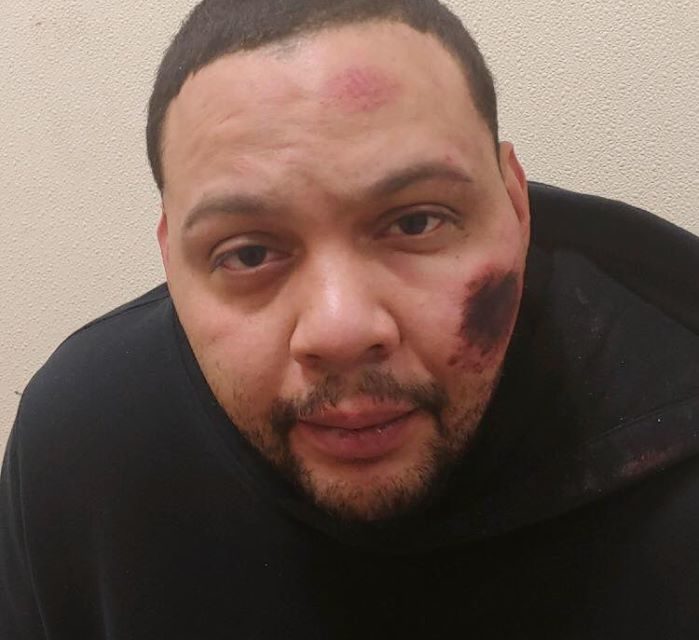 Hazleton Chief of Police Jerry Speziale today shared with the media an incident he said happened  this morning, January 12, 2019 starting at 2:36AM, the following is the chief’s statement, in full:

Officer Eric Hernandez observed a black BMW bearing PA Registration nearly strike a pedestrian at the location with 5 occupants in the area of Cleveland Street.

After the Officer attempted to conduct a motor vehicle stop the vehicle fled at a high rate of speed.

The vehicle continued and went through numerous stop signs and refused to stop for Officers.

The vehicle then fled south on Cleveland at a high rate of speed, failing to stop at Diamond Ave.

The vehicle continued west on Columbus Ct. to Arthur and then north on Arthur to 9th Street.

Eventually, the vehicle traveled across 9th Street to Laurel Street failing to stop for any stop signs, and continued west on 9th Street and attempted to make a right turn-onto Lee Court and apparently hit a large patch of ice.

The vehicle continued sliding west and collided with the east side of St. Joseph’s Hospital on Lee Court, causing heavy front end damage and intrusion into the passenger compartment.

The Operator, identified as Jason DeLa Cruz,(08/15/84) exited the vehicle and fled on foot but was quickly apprehended by Officer C. Kishel and J. Leonard.

The other passengers were trapped inside of the vehicle.

The roof of the vehicle had to be removed and individuals were extricated from inside by Hazleton Fire Department.

All were taken to area trauma centers, one by air for a hip injury none appear to be life threatening.

One of the individuals was a minor and was charged with Consumption of Alcohol by a Minor.

The Vehicle was removed and towed by Paul’s towing.

Charges were completed on De La Cruz after he was medically cleared and brought back to City Hall.

Thankfully, no one lost their life in this dangerous incident.

The department is extremely vigilant and active in their patrol efforts.

An arrest in 2011 by Pennsylvania State Police lead to a sentence of one to four years in prison in drug charges relating to 6 counts of Possession with Intent to Deliver.