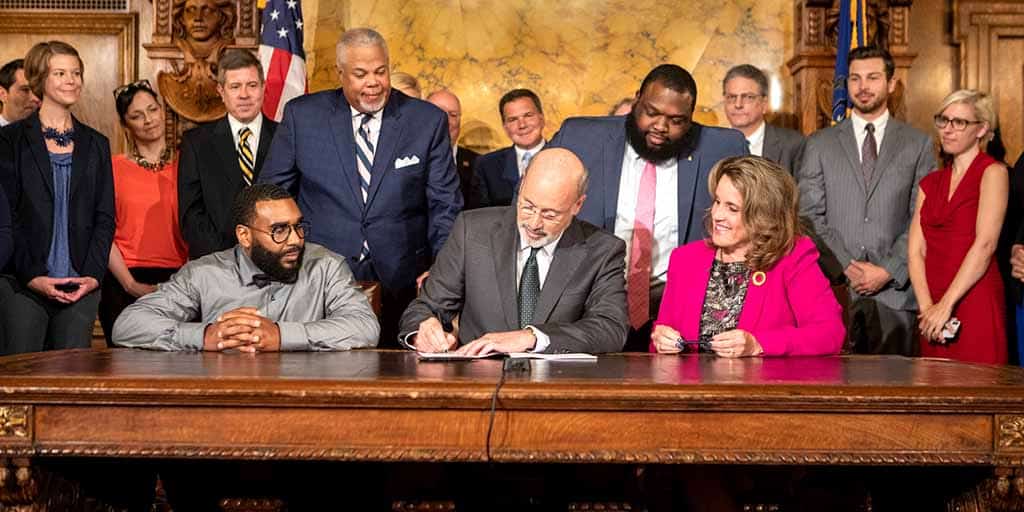 The first phase of Pennsylvania’s Clean Slate Law, allowing for expungements of offenses including certain misdemeanors, like simple assault, for those who’ve stayed out of trouble for at least a decade  takes effect today.  The next phase, which will automatically expunge some lower-level criminal records, is to begin June 28, 2019.

The Clean Slate Law allows for individuals to petition the courts for their records to be sealed if a person has been free from conviction for 10 years for an offense that resulted in a year or more in prison and has paid all court-ordered financial debts.

Additionally, it allows automatic sealing of records for second or third-degree misdemeanor offenses that included a less than two-year prison sentence if a person has been free from convictions for 10 years, as well as sealing of criminal history records related to charges that resulted in non-convictions.

The legislation does not allow for records-sealing in more serious crimes, such as firearms charges, sexual offenses, murder, kidnapping, child endangerment, and endangering the welfare of children, among other serious offenses.

The first of its kind in the nation, the bill was co-sponsored by Reps. Delozier and Harris, Sen. Williams sponsored the Senate version of the bill.