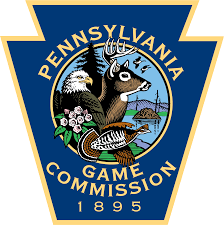 END_OF_DOCUMENT_TOKEN_TO_BE_REPLACED

Twenty-seven new game wardens are on the job in Pennsylvania.
Following 51 weeks of intensive training, the 31st Class of the Pennsylvania Game Commission’s Ross Leffler School of Conservation graduated Saturday during a ceremony at Susquehanna Township Middle School.
This is the first class of graduates to enter the field with the official title of State Game Warden. While Game Commission conservation officers have been called game wardens for years, the title didn’t become official until 2018.
Graduates on Saturday were commissioned as officers, and have been assigned to their new districts.
During the ceremony, graduates were recognized for achievements in the areas of academics, marksmanship, physical fitness, driving skills and leadership.
Graduate Andrew Hueser received the class award for academics, with a score of 97.9 percent.
Graduate Daniel Carl was honored with the marksmanship award, scoring 571 out of a possible 700 points.
Graduate Trevor Shauf was selected as the fitness award winner for maintaining the highest standard of physical fitness during the 51-week training program.
Michael Smith received the Emergency Vehicle Operator Course driving award.
And, Graduate Cody Jones was chosen by his classmates to receive the “Torch Award for Leadership.”
In 1930, Ross Leffler, then president of the Pennsylvania Board of Game Commissioners, proposed the establishment of a training school for game protectors. When the training school opened its doors in 1932, in Brockway, Jefferson County, it was the first such conservation officer training school in the world and served as a model for other states.
From 1932 until 1935, the Ross Leffler School of Conservation offered in-service training for game protectors. The Commission voted to make the school a permanent facility and enrolled its first class of trainees in 1936, and continued training new classes at this facility until 1986.
In 1987, the training school was moved to the Harrisburg headquarters, which just opened the doors to its current facility in Susquehanna Township, Dauphin County.
Game Commission Game Wardens are responsible for administering a wide variety of agency programs within an assigned district of about 350 square miles.
Primary duties include law enforcement, responding to wildlife conflicts, conservation education, and administration of the Hunter-Trapper Education program. Wardens also are responsible for supervising and training part-time Deputy Game Wardens.
Share