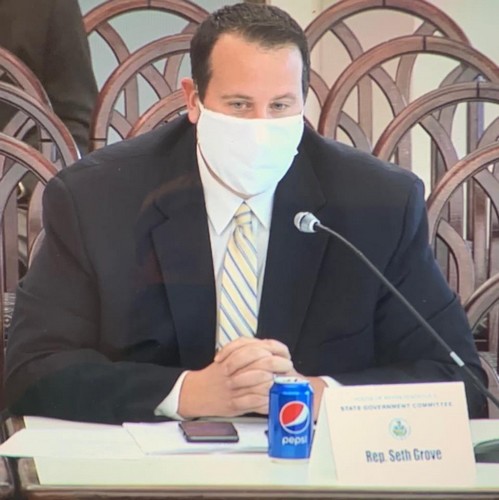 There are a lot of questions arising from Gov. Tom Wolf’s response to the COVID-19 pandemic, one of which is the business closures and the waiver system to allow certain businesses to remain operational. To seek answers to these questions, Wolf suggested the House Government Oversight Committee be tasked with investigating the closures and the non-standard waiver process, Rep. Seth Grove (R-Dover), chairman of the committee, announced yesterday.

“It didn’t take long for my phone to start ringing with calls from concerned business owners after Wolf abruptly announced on March 19 the closure of all non-life-sustaining business,” Grove said. “I, like all other representatives who received nearly identical calls, didn’t have answers to the questions business owners had.”

Since the announcement of the closures, a lot of the questions from the public and members of the General Assembly went unanswered by the administration according to Grove. Grove says the ensuing waiver system didn’t appear to follow any set of standards, also created more questions, which, again, went unanswered by the administration. During its investigation, the House Government Oversight will seek answers to these questions.

“A second wave of COVID-19 is forecast to hit in the fall and potential third wave later,” Grove noted. “We have a short window of time to seek answers to these questions, so the same mistakes aren’t repeated if mitigation measures are taken again.”

The House Government Oversight Committee will release its report in the coming months. The nine-member committee is tasked with investigating matters regarding state government and agencies referred by the speaker, majority leader or minority leader.